Tribute to a Paradigm 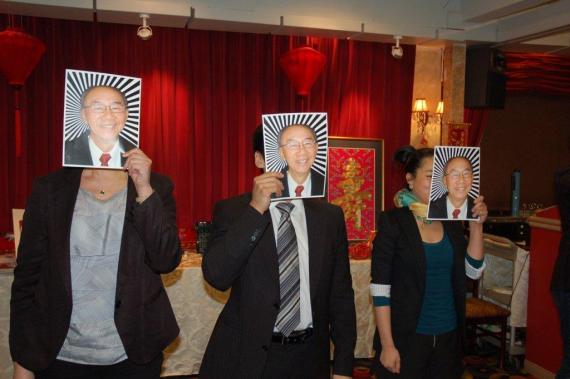 On March 9, we were honoured to be able to help pay tribute to the venerable Fred Mah. By way of lyrics sung to the tune of “I Am the Very Model of a Modern Major-General” from Gilbert and Sullivan’s comic opera, The Pirates of Penzance, we tried to capture the incredible achievements of this cultural, environmental and community leader. He truly is “the paradigm of a Chinese Canadian activist.”

Thanks to the Chinese Canadian Historical Society for inviting us to be a part of such a special evening. We enjoyed catching up with all of you and hope to see you again very soon!

And if you thought “Modern Major-General” was  damn catchy, check out the earworms from the show, Stationary: A Recession-Era Musical. Directed by Laura McLean (our groovy director), the show runs until April 14 at Presentation House Theatre. The Fishies first caught this show at the 2012 Neanderthal Festival. Go see it. You’ll have a toe-tappin’, finger-snappin’ good time.

This entry was posted on April 10, 2013 by assaultedfish. It was filed under Performance and was tagged with CCHS.