As part of Assaulted Fish’s 10-year anniversary, we asked some of our closest friends, fans and families for their memories of the past decade. Today we present our conversation with Rob Ho.

Rob is currently a doctoral candidate in the Graduate School of Education & Information Studies at the University of California, Los Angeles. His dissertation research compares the public university experiences of second-generation Asian Canadian and Asian American students in Vancouver and Los Angeles. He previously taught in the Asia-Canada Program at SFU and in sociology at Douglas College. He teaches in the Asia-Canada Program at SFU. Raised in Kamloops, Rob received his BA from Carleton University and MA from the University of Toronto. 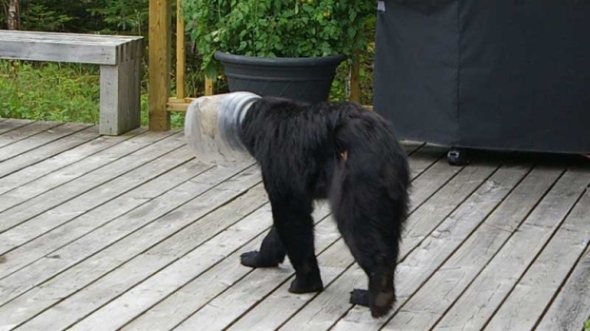 Rob didn’t submit a head shot but this is an image that came up when we Googled his name.

How does Assaulted Fish push comedic boundaries beyond stereotypical humour?

Their brand of humour transcends the trap of simple stereotypes that comedians can easily fall into that can actually perpetuate the existence of Asian cultural stereotypes. For instance, constantly joking that Asian Canadians are cheap without finding ways to deconstruct why cheapness is a stereotype can essentially reinforce the belief that Asians are indeed extremely frugal.  The Fishies are able to find creative yet humourous ways to make their  audiences think about issues that effect Asians in Canada without always beating you over the head about racism and Asian stereotypes.

You’ve lived and worked in the US and Canada. What differences are there between Asian-American and Asian-Canadian humour?

This is a difficult question to answer.

Having lived in Los Angeles and seen several West Coast Asian American groups perform, it seems quite clear that US comedy troupes are very politicized and will really confront current issues affecting Asian Americans and Pacific Islanders head on. They can be much more brash and outspoken about the ways US Asians are demonized. For instance, the “Tiger Mom” and Alexandra Wallace’s ‘Asians in the Library’ YouTube video are two issues that the American groups produced very quick and direct humourous responses to. I wouldn’t claim that the Fishies represent all types of Asian Canadian humour, but compared to the American groups, the Fishies often have less direct and more nuanced retorts to these sorts of events and tend not refer to specific incidents.

What surprises you the most about Assaulted Fish?

I really appreciate the Fishies’ ability to not constantly need to joke about racial or ethnic issues to be funny.  They may be an Asian Canadian comedy troupe, but their racial makeup doesn’t define their comedy and what they find funny about life and the social interactions that occur in it.  The diversity of personalities and the ways in which Diana, Nelson, Marlene, and Kuan see the world differently – including their racialized experiences – leads to a rich expression of humour that I have yet to see from any other Asian Canadian comedy troupe.

Congrats Assaulted Fish on ten great years!  I’m happy to have witnessed your longevity and to be the occasional butt of your jokes. May the next several years bring audiences continued laughter and thought-provoking humour!

This entry was posted on September 9, 2013 by assaultedfish. It was filed under 10th anniversary and was tagged with fans, rob ho.