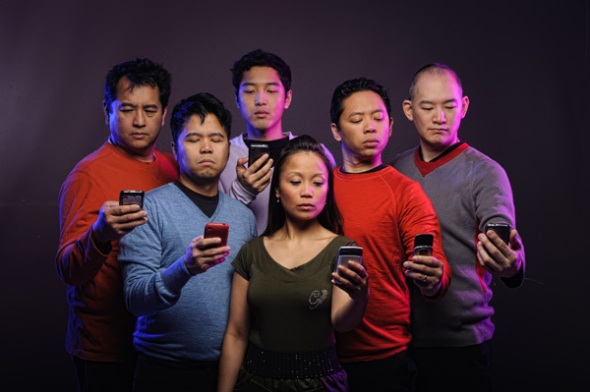 Everyone was surprised to find that “Asiansploitation” autocorrects to “Awesomeness.”

Lots of plugs this week so pay attention.

(Of course, this isn’t the first time that an adaptation (sort of) of a DHH play has been on Youtube…)

It’s What Keeps Us Sketchy

Thanks for coming out to our show on Saturday! There was a lot of great stuff happening in the city, which is why we appreciate that you joined us for some laughs and existential moments.

A special shout-out to Kristen Lambertson and her team of volunteers at the Powell Street Festival, Jacqueline who introduced us with such poise, tech wizards Jamie and Josh at the Firehall Arts Centre, Ann Chow for being uber-stage-manager Ann Chow, and Laura McLean who makes us all shiny and polished. Thanks also to Schema Magazine, District Local, Raz Chan Fitness, and FunFunVancouver for helping to spread the word.

For those who weren’t able to catch the show, here’s a look at one of the sketches we did. We’re pretty proud of this one because it’s DHH approved! See?

Have a great summer and see you again soon!

The Fishies are returning to the Powell Street Festival for the ninth year running!

Won’t you join us?

Boy, are we excited about our upcoming show with Seattle’s Pork Filled Players! We’ve been hard at work crafting brand new material and we think the results are, well, “Porktacular!”

Directed by Laura McLean, the Fishes’ new show explores existential angst and giant atomic terror beasts. For the watermelon-loving fans of the Queen of Vancouver/Burnaby, she’s baaaack with further tips on how to be sexy on a budget. And in honour of ReAct’s remount of Yellow Face, we present a fresh take on David Henry Hwang’s seminal 1980 play, F.O.B.

For those of you who can’t make the trek south, join us at the Powell Street Festival! We’ll be making our ninth appearance with a free, 30-minute show at this awesome annual community celebration. More details to come as soon as they’re available!