Note that the following reviews are the completely subjective opinions of the specific writers and do not necessarily reflect the views of the other members of Assaulted Fish. 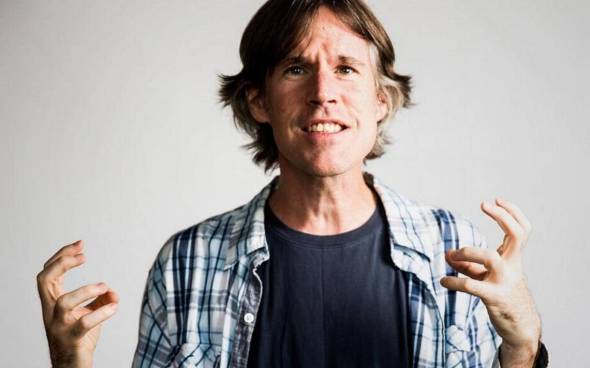 If the offstage Martin Dockery were anything like the onstage Martin Dockery, you’d wonder how he could tie his shoes in the morning without entering into a reverie about the history of knot-tying; digressing into a philosophical inquiry as to why we choose to interpose shoe leather between our feet and the earth; creating a hilarious, fantasy world where the shoeless and shoed are engaged in a perpetual war; and somehow relating all of the above to a developmental, life crisis he was having at that moment. In Delirium, Dockery’s hyperactive imagination turns toward the existential in three autobiographical stories – Dockery’s Canadian girlfriend being held up at the border, a chance encounter at the Burning Man festival, and his grandfather’s book about the life-cycle of the Monarch Butterfly – tied together by recurring themes of passion, loss and transience. These serve as the launching pad for a cascade of frequent and frequently hilarious digressions on among other things, the joy of moving sidewalks, a restaurant that serves nothing but strawberry sandwiches, and a passive-aggressive airplane encounter. While Dockery initially draws you in with his charismatic, rapid-fire, floppy-limbed stage persona, it is the times where he slows down his mind and opens his heart that will linger long after the show is over. In those moments, Delirium resonates with the poignancy of a man who has tasted true happiness, but with it, the absolute knowledge of how fragile and evanescent it is.  –– KF 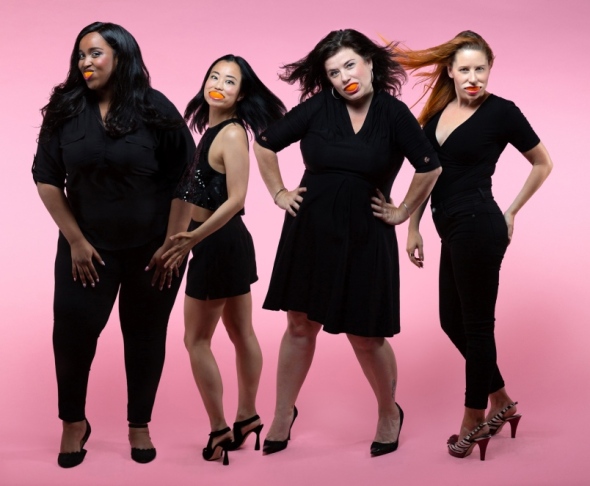 Okay. Let me say right off the top, anything I say about The Lady Show is going to be seriously biased because, quite frankly, I love these ladies. Morgan Brayton has been a friend and a mentor for over a decade and Diana Bang has been my artistic partner-in-crime for fifteen years in the sketch comedy troupe, Assaulted Fish. An excerpt of my own play, Self-ish debuted at a Lady Show last year. I am even wearing a Lady Show hat as I type this. Honestly, I have about as much objectivity as a hockey dad on this one.

For the uninitiated, The Lady Show has been putting on regular shows since 2015 and has been a fantastic vehicle for female comedy practitioners in Vancouver, particularly those who exist outside the mainstream. The current line-up is a collective of four individual comedians (Diana Bang, Morgan Brayton, Fatima Dhowre and Katie-Ellen Humphries) who have very different vibes and styles of comedy. The end result is kind of like one of those old time variety shows, where different acts get to strut their stuff before coming together for the big finish. While all four cast members present material that is decidedly progressive – proudly feminist, multicultural and LGBTQ positive – their approaches and comedic sensibilities are very diverse. The personal and intimate stand-up comedy of Dhowre sits side by side with the character-based, conceptual monologues of Brayton; the sharp, pointedly topical Humphries leads into the surreal, absurdist Bang. And are they funny? God, yes.

So to summarize, I like my comedy diverse, progressive and laugh-until-you-lose-braincells funny. If you do too, chances are you’ll like The Lady Show. –– KF

And in other news…

There are still four more showings of Self-ish, starting today at 5:00 PM. If you haven’t gone, we would love to see you there. If you have gone and liked it, there are still plenty of tickets available so tell your friends!

Here’s what the Georgia Straight had to say about Self-ish.

This entry was posted on September 10, 2018 by assaultedfish. It was filed under Performance, Reviews and was tagged with Diana Bang, Fringe Festival, morgan brayton, review, Self-ish.